FuturDome is pleased to present the first solo exhibition in Italy by Alexander Tillegreen (Taarbæk, Denmark, 1991).

The exhibition, curated by Atto Belloli Ardessi, includes a new series of artworks created throughout a three months residency in the spaces of via Paisiello 6, during which the artist had the opportunity to access and research the archives of Isisuf, International Institute of Futurist Studies, from which the FuturDome project was conceived in 2004.

More specifically, Tillegreen draws from the archives of Brazilian artist Mary Vieira (Sao Paulo 1927-Basel 2001), managed by Isisuf, of whom two works are exhibited. Tillegreen’s practice, starting from the use of sound as a perceptual vector, integrates photography, sculpture, painting and installation, investigating the relationship between psychoacoustic sound phenomena and their potential to reflect and awaken the linguistic and cultural situationality of the listener and the psychological fluidity of the subconscious.

The exhibition is articulated through the 4 levels of the inner body of the building, triggering a sort of objective experience in the activation of past and present events/occurrences, capable of redefining the perceptual limits of time and space. A structural and temporal progression in the cognitive architecture of our mind, characterized by phonetic Phantom Words illusions that induce the listener in a narrative condition of unconscious inference. The phenomenon of Phantom Words, a series of sound illusions generated by differences in the organization of the brain depending on the language or background of the listener that induces the perception of words different from those heard, discovered and theorized in the ’70s by psychologist Diana Deutsch, is the device used by Tillegreen to lead the listener into a condition of neutrality, even of gender, where both physical and sensory boundaries dissolve, constituting a further social space. Deutsch’s studies have led to the discovery of a number of sound illusions related to music and speech that demonstrate various features of sound perception and memory, confirming that there is a considerable variation in how people tend to perceive music. Sound illusions also demonstrate the importance of memory, knowledge, and expectations on how we perceive music and speech, indicating strong connections between the brain systems responsible for these two forms of communication.

With the installation that introduces the exhibition, Suspended Loop (gathering), the artist operates a structural translation of FuturDome’s apartment where the last Futurists used to meet and debate in the 1940s. The work points towards artistic communality and co-creation which are themes that eminates throughout the entiry building and exhibition. The fluctuation, the weightlessness of the objects in the air (a mirror, a chandelier, a stove grill and a window shutter) brings back a spectral condition; the elements are kept suspended, out of time and their own environment, in space, for an eternal instance.

Consisting of objects found in the basement of FuturDome, Situated states (absorption and shift), is an installation made up of two mannequin heads and wooden plates. Both of them refer to the psychological states of deep listening and our absorption in the auditory process. The two heads, at opposite ends of the room could also be perceived with a more political tone, which the sound works also refer to, a state of situationality and cultural incorporation that does not allow us to interpret the world we find ourselves in.

An aseptic monochrome environment delimits Linfa (five phantom streams for FuturDome), a work composed by six Italian Phantom Words that induce the listener to activate himself as co-composer of his own experience, going beyond nationality, culture or gender. Projections of one’s mind of mutations of the original word in which the performer-listener is deprived of the bulwark that the score represents.

Transferring the artistic gesture from the creator to the spectator is also the peculiarity of the work of Mary Vieira, a pioneer of kinetic and concrete art, to whom Tillegreen dedicates a room set up with two works by the Brazilian artist that synthesize the conditions of time and movement, participation and co-creation. Conditions, the first ones, even if unstable, that allow us to activate a singular, perpetual state of transience. Managing time and reducing it to modular variations of immanent harmonic proportions becomes for Vieira, the idea of a new reality.

“I don’t have problems of country, of nationality. Nationality doesn’t exist for me.” “Deep down ideas don’t have gender. Ideas are asexual at their core.” – Mary Vieira.

The dialogue with the Brazilian sculptress intensifies with Correspondence (before thought), a sound installation composed of samples of Vieira’s voice taken from one of her rare video interviews. The work can be considered a sort of call-and-response conversation between the two artists, in which Tillegreen communicates with the sculptress by generating sound patterns that identify common themes that recur in the practice of both artists. A sound, structured or unstructured, when performed, becomes a form of sculpture. The air in the performance space is sculpted as a molecular sculpture in time, it is then observed by the ears of the listeners or by the space that bounds it, allowing us to interpret the world or worlds in which we find ourselves.

Even in the moments of greatest despair and chaos, when the scar of the world deepens, music would like to precipitate into our consciousness to evoke mystery and sacredness, or perhaps just show the fractures between the authentic roots of a humanity and a gender that no longer exists and the new mythology of consumption.

If sound is functional to define and generate space, in the acoustic architectures of Alexander Tillegreen the sound environment implements processes of sensory cancellation, triggering a primary state that goes beyond the classifications of human and animal, of identification of gender and origin, representing a neutral state beyond any concept of time, which insinuates and digs through the transitory abysses of reality.

Alexander Brix Tillegreen (b. 1991, Copenhagen, DK) is a graduate of the Städelschule in Frankfurt, Germany and Cooper Union School of Art, New York, USA, he also studied Art History and Sound Studies at the University of Copenhagen.

Sound is both the conceptual and material focal point of Alexander Brix Tillegreen’s artistic practice and research. Within this frame of reference, he also works with several different media such as sculpture, graphics, painting, installation and performance. A recurring element of his work is the exploration of different layers of meaning and connections between the visual, the sculptural and the sonic.

His most recent work investigates the relationship between psychoacoustic sonic phenomena and their potential to reflect and awaken the listener’s own linguistic and cultural situationality, and subconscious, psychological fluidity. Since 2019, Tillegreen has been conducting interdisciplinary artistic research in collaboration with a number of researchers in the fields of psychology, musicology, voice aesthetics and linguistics at the Max Planck Institute for Empirical Aesthetics in Frankfurt.

In 2022 he will release his first solo album with German record label Raster Media. 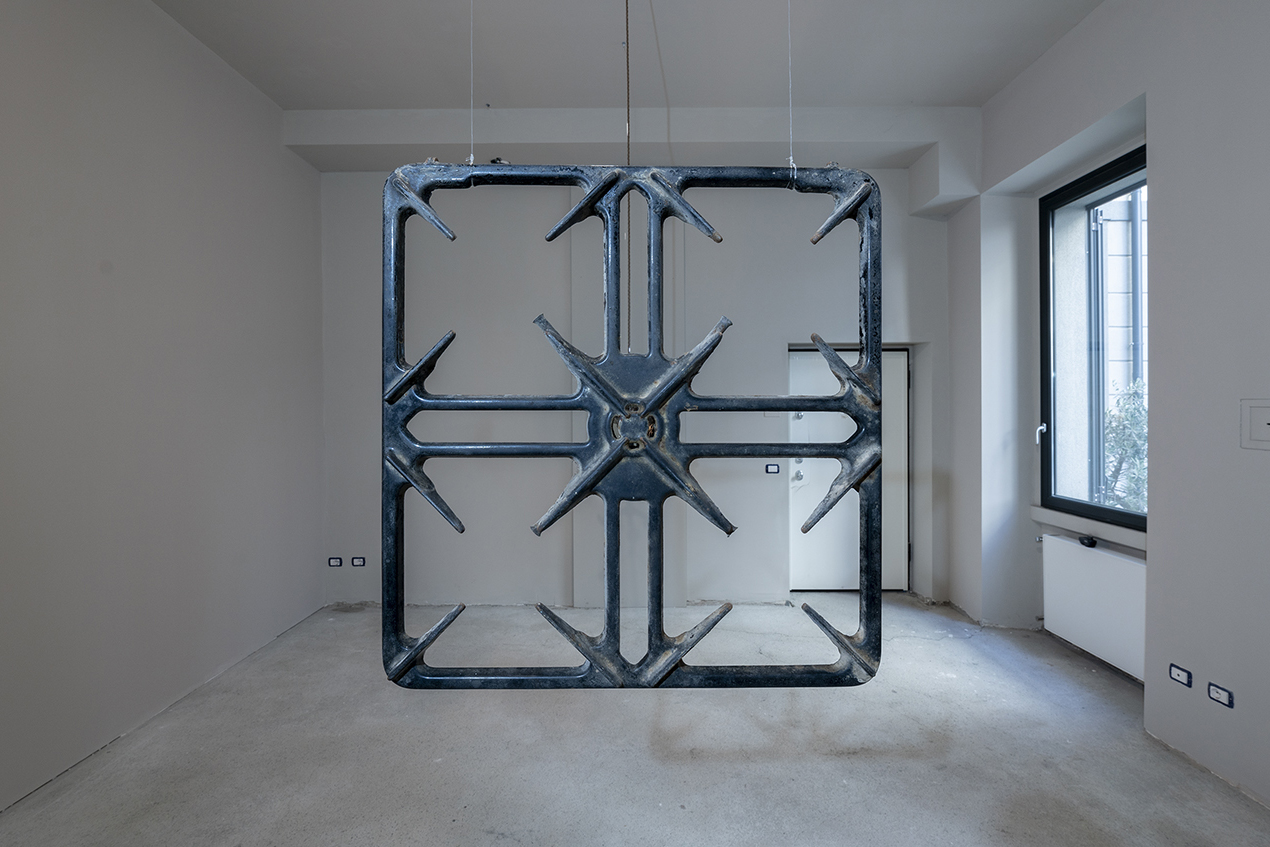 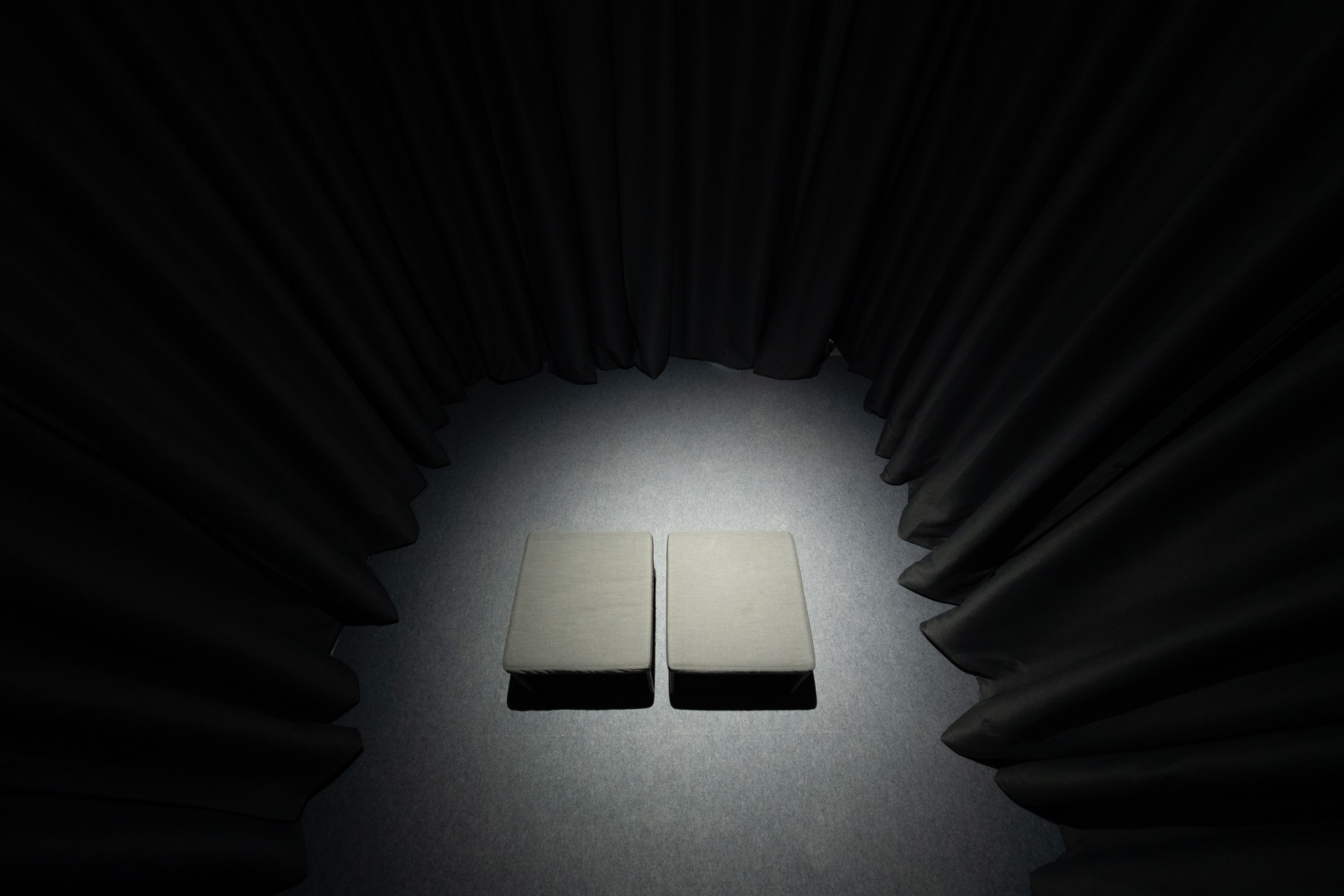 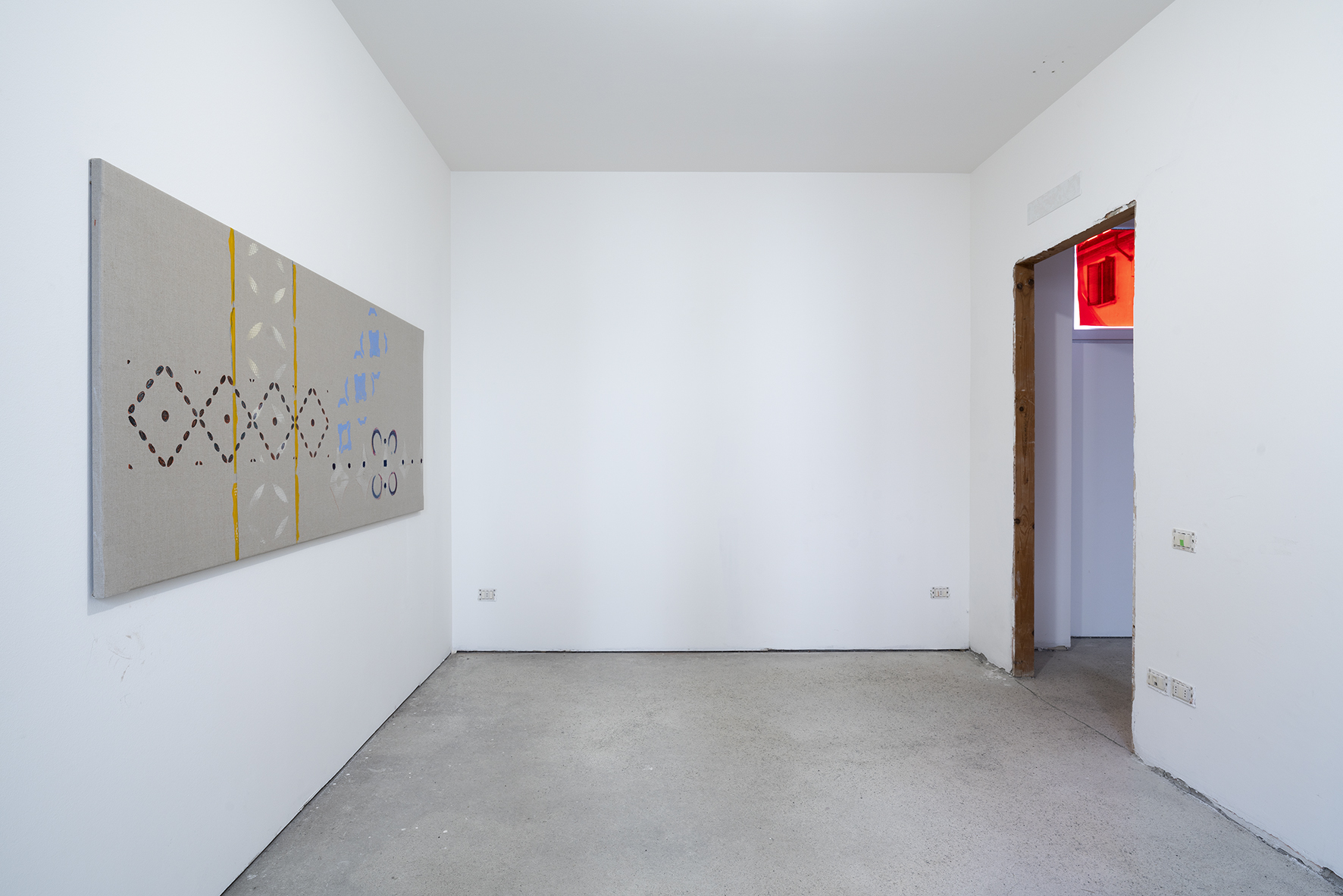