FuturDome is glad to present  FOS ‘double performance (September 8 and September 12, 2020), developed for Milan, that takes its cue from the Small White Man project (2010-in progress).
FOS (Thomas Poulsen, b. 1971, DK) is an internationally acclaimed artist, known for his uncompromising artworks that investigate the crossroads between art and design. In his practice, he often merges functionality with popular appeal and explores how our physical surroundings and social relations influences each another. The works speak to society and everyday life, starting from what FOS refers to as social design.
For Milan a temporary architectural intervention will turn San Celso’s Church (Corso Italia 37, 20121 Milan) into a recording studio. A “Divine purple” fabric, colors 692 and 984, will become the mean to create a temporary room, a sort of musical womb, in which, during the course of four hours, his ongoing musical project Small White Man, will record its second album. Conceived in 2010, Small White Man is a musical elegy based on a ‘conducting’ framework for musical improvisations through a simple system of coloured light bulbs that are switched on and off by the artist. This system allows him to conduct and co-compose musical improvisations with a group of musicians playing together for the first time. The success of this strategy relies strongly upon the participants’ intuition by erasing the separation between players and conductor, who together become a third unity.

On Tuesday, September 8, thanks to an in-depth research around the city of Milan, developed and planned during the last months, the artist has gotten acquainted and rehearsed with ten classical instruments meant to resonate with different objects –formally conceived by the artist – within a sacred space (San Celso Church, Milan). A time period will be determined, between instruments and objects, to offer the visitors the opportunity to experience a continuous emotional echoing of sounds and frequencies that will produce a real symphony of feelings, expressed among the artist, the musicians and the place. At the end of the long session, the entire sound path created specifically for the ancient and sacred space will be recorded in a special edition vinyl.

Saturday, September 12th 2020, FuturDome’s spaces, during the White Night of Art program, will welcome a projection of FOS’ performance at the San Celso Church. This video will be projected in FuturDome’s courtyard that will change and modulate the sounds re-transmitted inside FuturDome’s environments.

FOS, a.k.a. Thomas Poulsen, was born in Denmark in 1971 and lives and works in Copenhagen.
His recent projects and exhibitions include: the group exhibition DON’T WORRY at Kate McGarry Gallery, London (2015); Maggie Margaret lives at fig-2, ICA Studio, London (2015); participation in the group exhibition Trust-The saloon at GL STRAND, Copenhagen (2015); and the comprehensive solo exhibition Koøje (Porthole) at Kunsthal Charlottenborg, Copenhagen (2015). FOS recently completed the special commission of a permanent champagne bar for the foyer of the Danish Royal Opera, Always Happy New Year (2015) and The Montana Room at GL STRAND (2015). He designed the catwalk space for Céline’s SS16 collection at Paris Fashion week (2015). Since 2013, FOS has been collaborating with the French fashion house Céline, developing a new body of work consisting in one-of-a-kind designs and furniture items for the fashion house’s stores. Other projects include Small White Man – Echo (LP) (2015), Still Waters Run Deep, Odense Kunsten, Brandt’s Odense (2014); Agora, Athens Biennale, Athens (2013), Declaration of Unsolid Memories, Camden Arts Centre, London; Bageri, Andersen Contemporary, Copenhagen, Denmark, 2012, which was awarded the Statens Kunstfond Prize, Denmark; OSLOO—A COLLECTION OF CENTERS, Armory Performance, New York, 2012; One Language Traveller, Statens Museum for Kunst, Denmark, 2011. FOS participated in the 54th Venice Biennale, 2011, with Osloo and as part of Speech Matters, Danish Pavillion.
FOS’s current projects include the commission Your Success Is Your Amnesia, for the redevelopment of a square in the Efterslægten school in Copenhagen, several private commissions and the participation in Performa 15, the biennial of visual arts performance in New York.

The project is in collaboration with lartquotidien 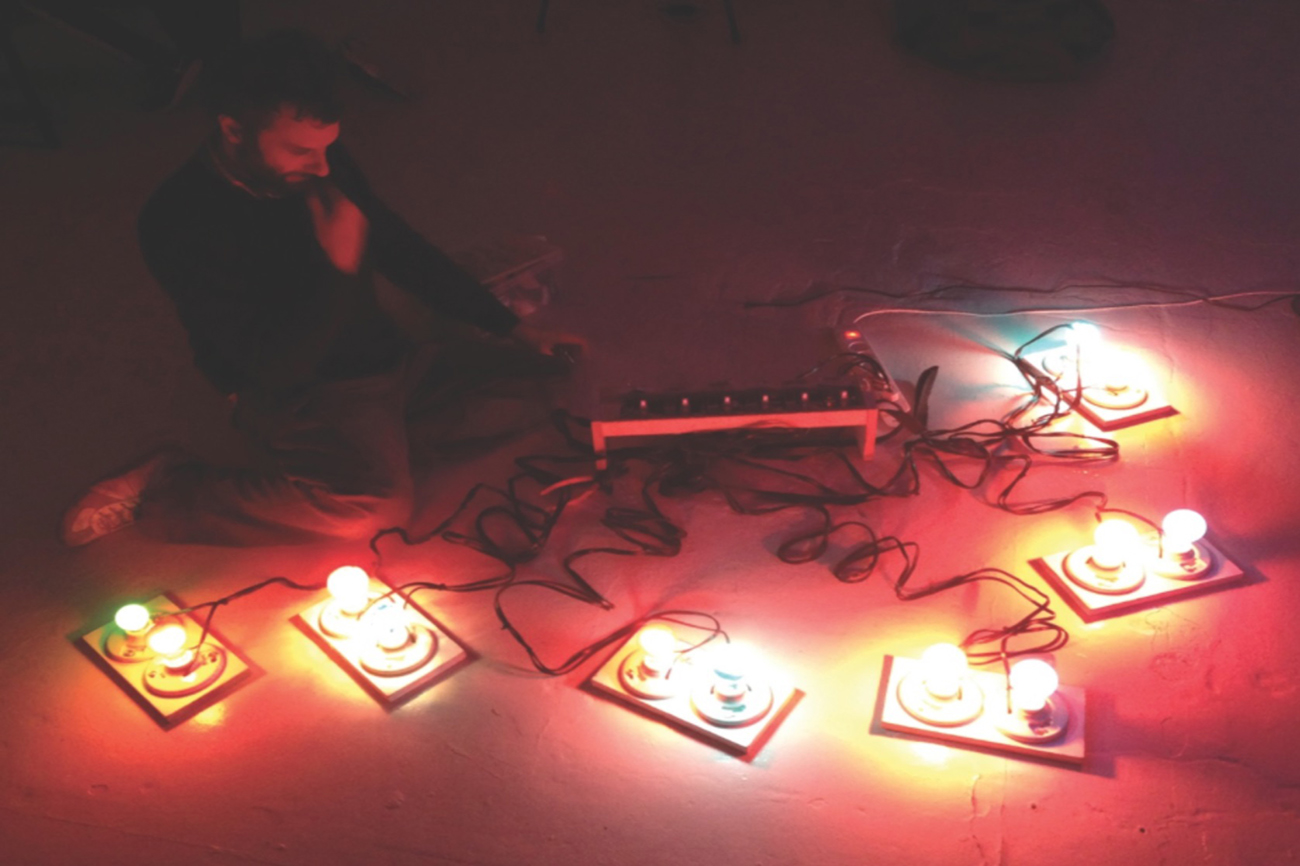