FuturDome introduces the first solo show by Marco Siciliano (1991, Milano). The exhibition, born after an intense residecy, shows a production of works including videos, collages, photos and an installation voted to enhance practices, issues and themes he developed also subsequently, during his FuturDome art residency. Within this parcours, the pink shows and never let see, embodying spectacular contradictions.

It is complicated to represent scenes of intimacy, sex or violence without using their multiple tones. It is impossible today to refer to the battles for gender rights and civil rights without seeing it worn. Pink is not neutral, even if it seems incapable of speaking loudly, of being able to speak for many minorities and struggles for belonging. Becoming inevitable, think of it when the boundaries of anxiety and subjectivity creep in.

Fresh and carnivorous, sophisticated and visceral, malarious and salacious, vulnerable and sensitive, meditative and superficial, emotional and ruthless through the world modifying its sense. In Japan it accompanies the death worthy of the samurai fallen in battle; here the pink has seven names for seven different shades. In China the word pink means foreign colour and in Korea it is synonymous with reliability, while in the West it becomes bourgeois only in the eighteenth century, adhering to nostalgic ideals of tenderness, of purity of femininity. Yet pink rarely appears in nature, remaining outside the electromagnetic spectrum.

But how often does pink fit into architectural projects (excluding Luis Barragàn) or into the steel industry? How often is pink presented beyond gender perspectives? And where to find it outside the market reserved for the myriad of captivating products for millenials? Will all this consumerism also consume pink? Will it swallow it like an invisible gaping mouth for overdose? Pink has survived the ravages of time and fast powders of fashions, as well as anti-cancer campaigns and post-war kitchen aprons. Pink has turned, becoming pale like quartz, as austere as the antique, as rigorous as silver, lit up like casinos, unexpected as sand, persuasive as powder, transparent as pantyhose, and sticky as chewing gum.

The pink pleased, fulfilled and translated the imagery of Fragonard and Picasso, as well as of Warhol and Bourgeois, of Sylvie Fleury, of Lynda Benglis, of Carol Rama, Pipilotti Rist, passing through the early works of Beuys, De Kooning and Klein , without forgetting Christo, Nan Goldin, Beecroft, Tillmans, Dine, Murakami, but also Fontana and Scheggi, or of Melanie Braverman, Richard Tuttle, Paul Thek, Beverly Semmes, Richard Mosse, Sue William and the recent rediscovery of Guston.

Rose Overdose acquires the premises of the great predecessors without censorship, refining the inconsistencies of eroticism and shaping the variable, altered surfaces of obscenity. From the collage pinned to the one applied, from the kaleidoscopic projection to the dental cast of a key character, Marco Siciliano (Milan 1991) interprets some nuances of the grotesque giving us the image of a discontinuous, transparent skin. Within a total body re-materialized, a representative territory that makes man a figure of study, of approach without repulsions, nudity acquires the right of reply. And the physicality extends below the irreverence, through the tights, in the opacity of incoherence and in striving for a permanent state of grace. 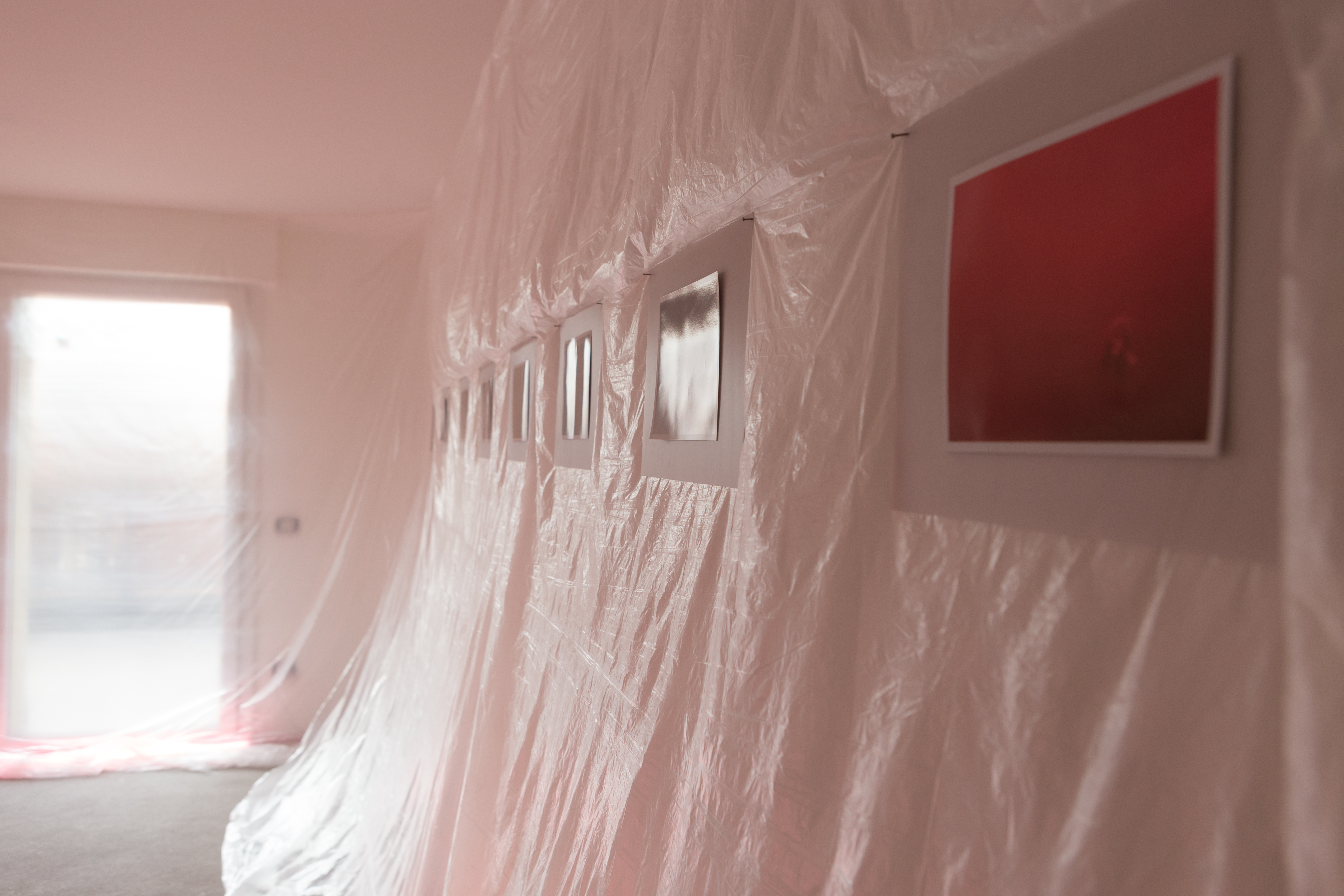 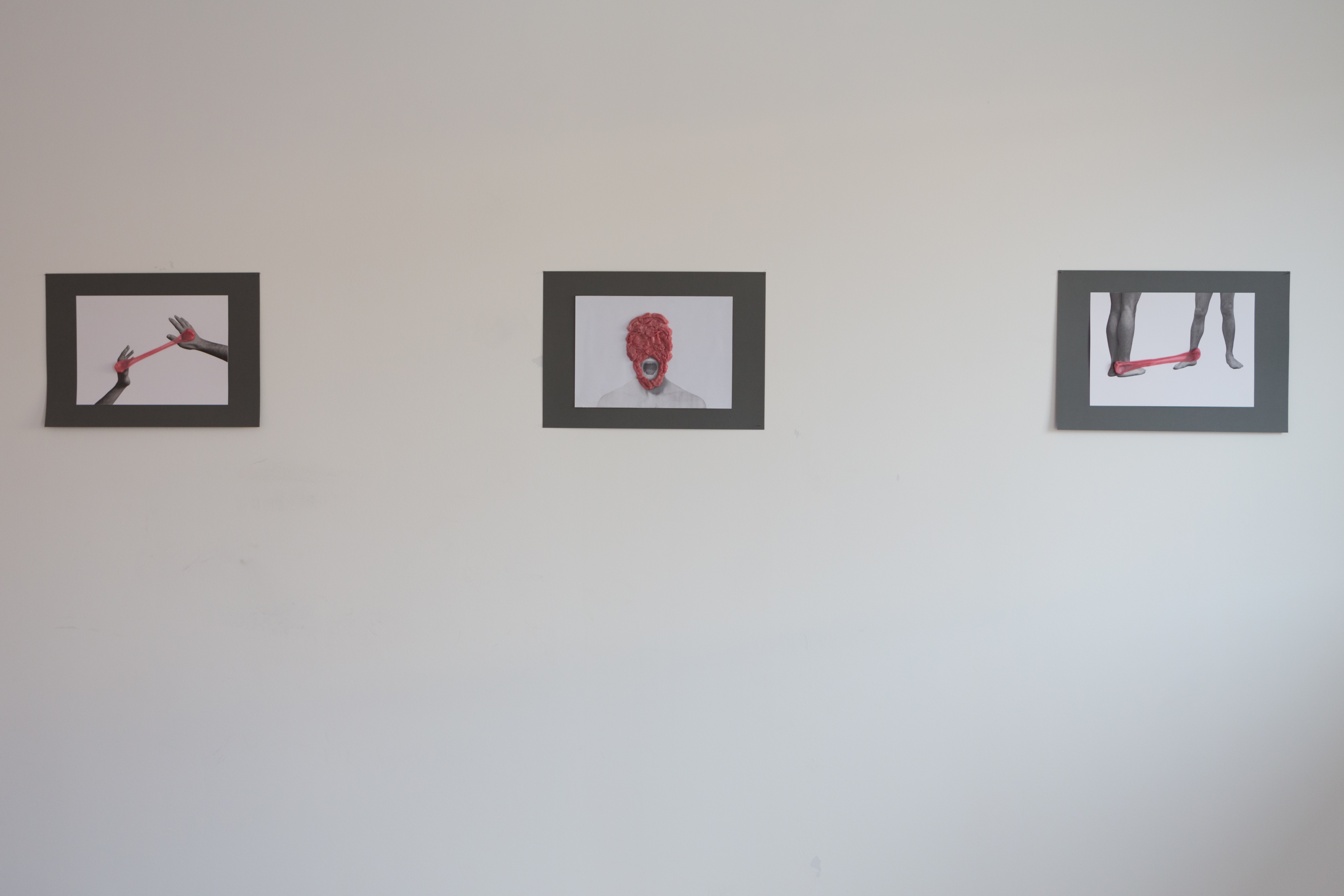 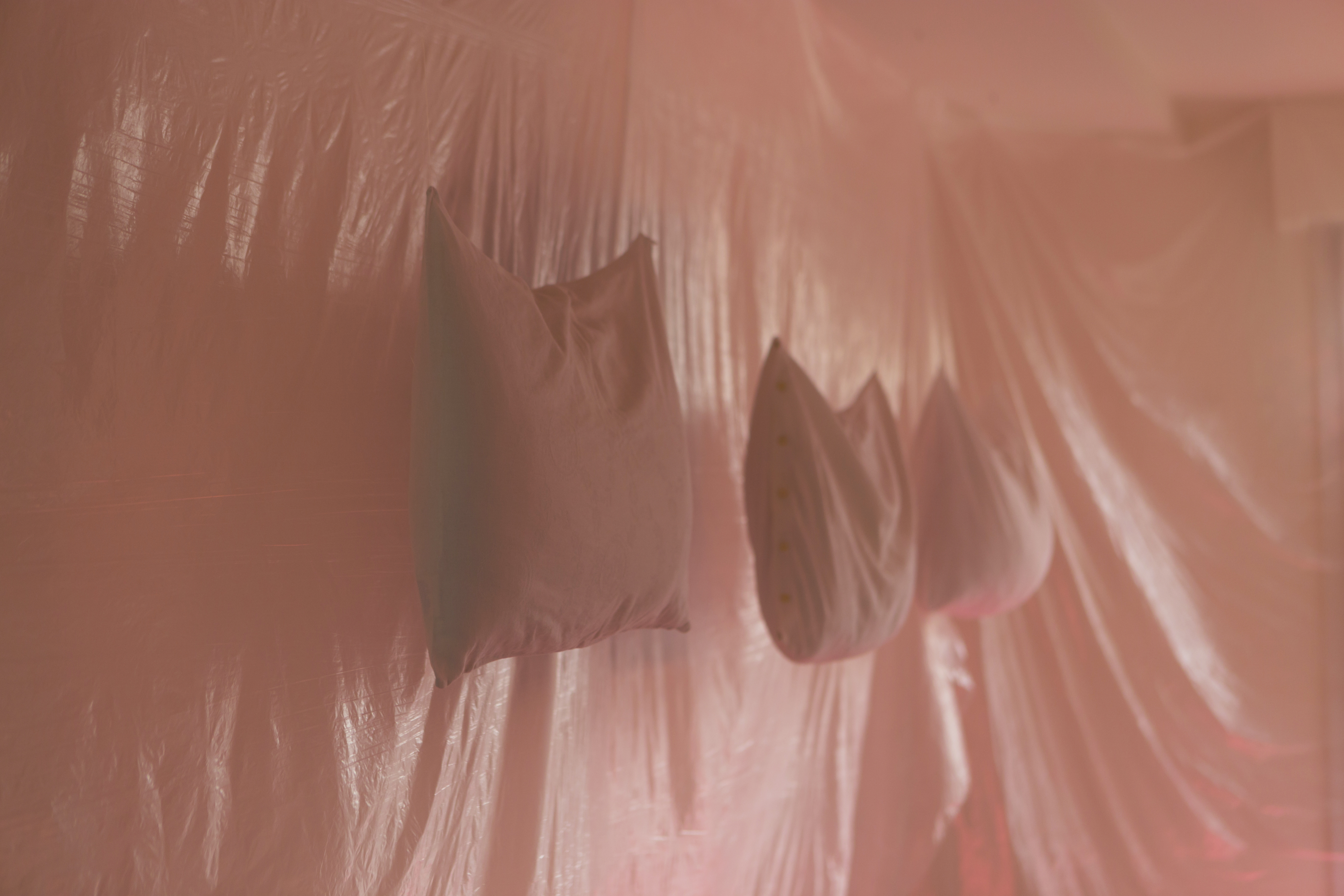 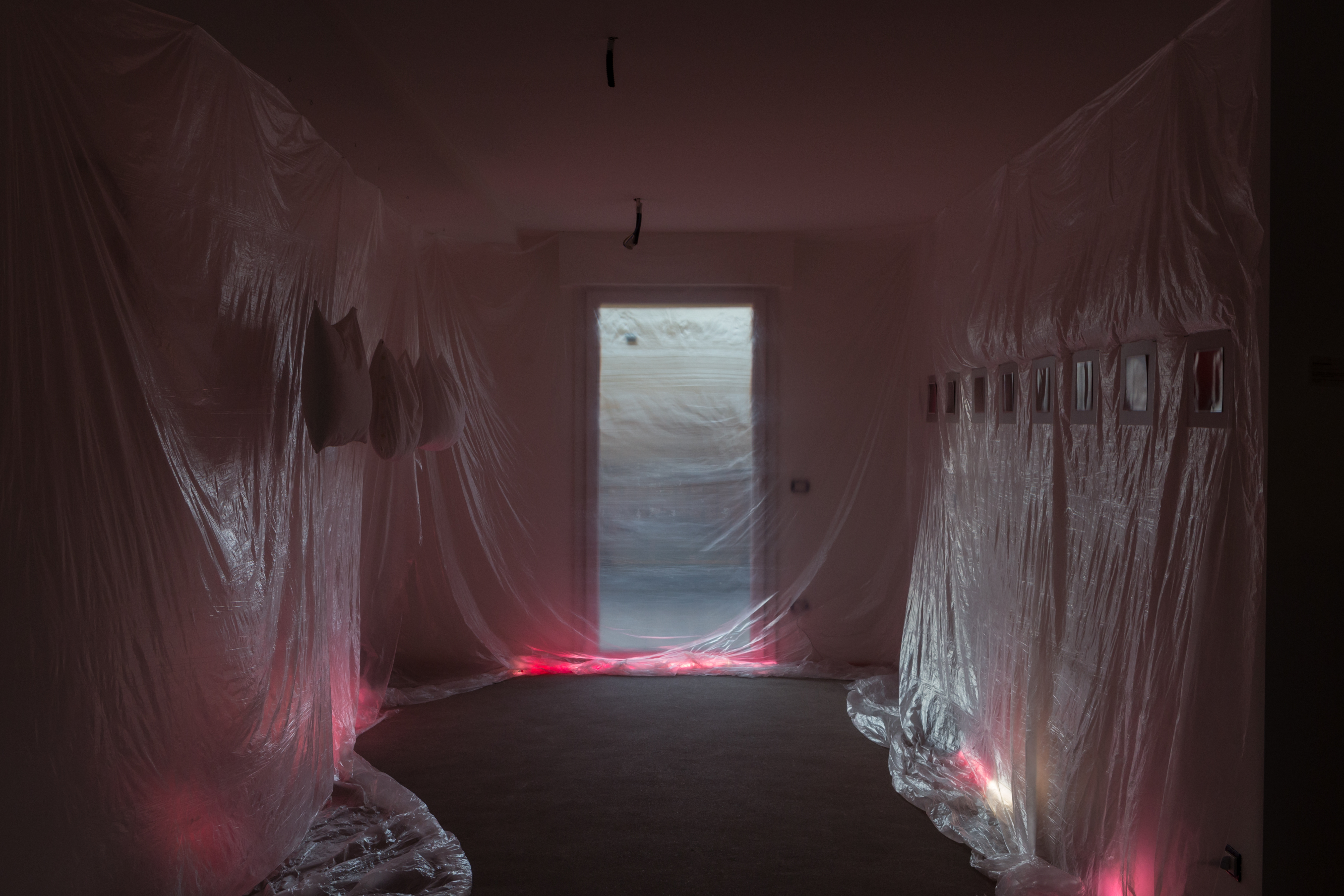 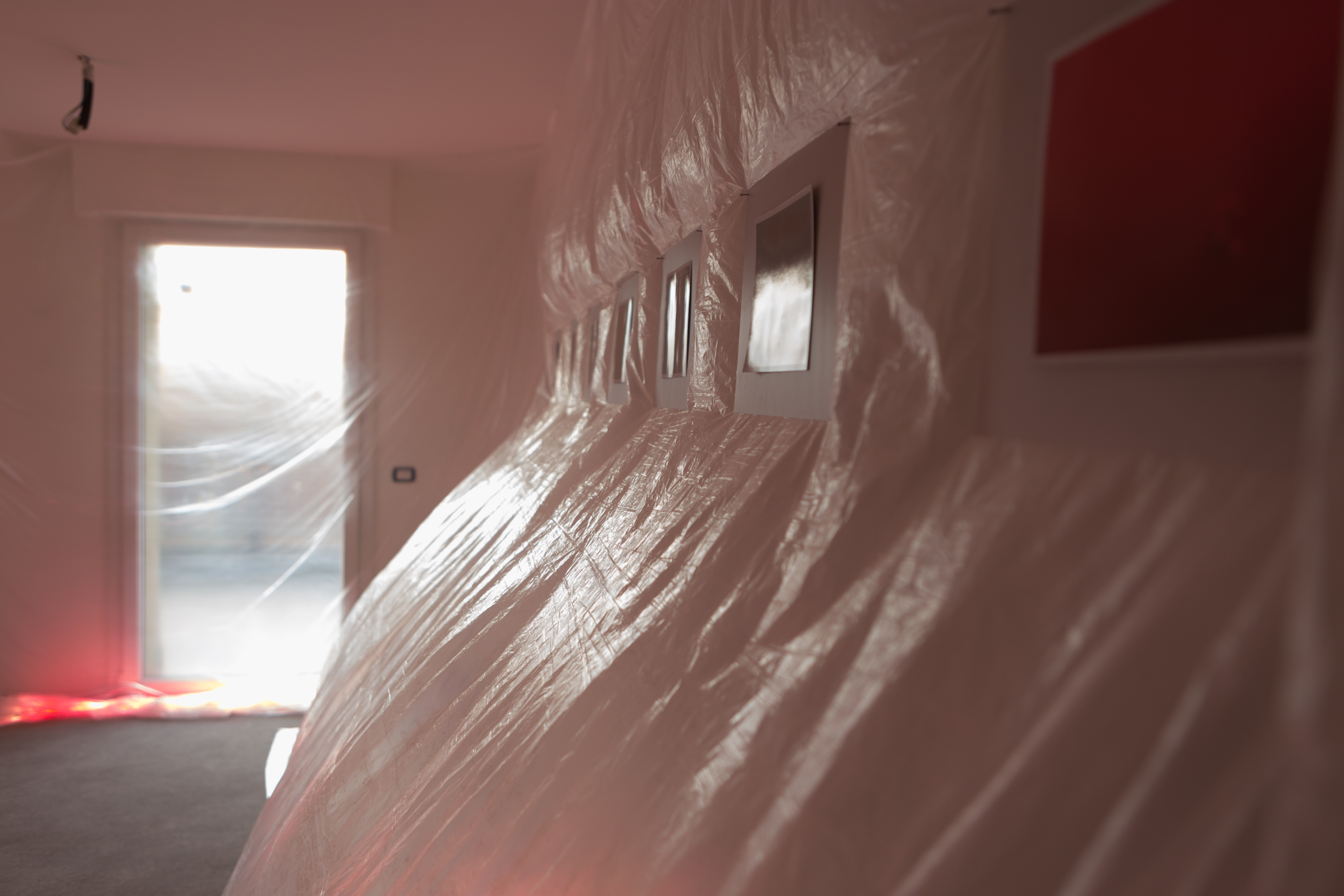