On October 9, FuturDome is introducing, for the first time in Europe, the oeuvre and the artistic course of Ricardo Carioba (1976. São Paulo). In his first monographic exhibition, Non Linear Spatial Normalizations, the context becomes the work, not to extend the art space or to pierce the city through, but to find a time and place with the arriving people, where meaning could begin.
FuturDome is showing a dozen of his enchanting audiovisual installations, displaced in more than 1500 square meters. There will be included new series of photographs and an unedited work, especially conceived for the exhibition.
On the underground floor, Ricardo Carioba develops the perception of the relationship between sound and image based on visual information derived from both eyes and stereo hearing. Sound and images will create a stereo linking both eyes and ears to unfold the foundations of spatiality and perception. Revealing sound and light frequencies, space, image and narrative.
The video will be displaced through an intriguing circular structure unfolded in two parts, in odrer to dialogue with the independence of both eyes in vision. The sound looks for sine waves in harmonic structure, as well as more sculptural environments and noises and rhythmic action elements. Finally, the video analyzes sound in real time and creates a state of latent synchronization between frequencies.
The title of the exhibition refers to Non linear spatial normalization’s technique, performed in research-based functional neuroimaging, and aiming to find common brain activation across multiple human subjects. If in neuro-medical imaging, the comparison among similar perception areas is widely used, the choice of specific similarities measurements is also a parameter comparable to the practice of Ricardo Carioba. In his work the arriving person could become a co-constructor who gives the work an identity. This approach would have as many meanings as there are people who interact with it. Because he looks for a language that could live within a determined, artificialized space connecting the known and the unknown person.
Within Non Linear Spatial Normalizations, the light refractions as in Sem título (2014), can be manipulated in terms of speed and owing to the eccentric position of the hole in the centre of each; as a result, the intrinsically self-contained individual acoustic units form an infinitely variable mix. The artistic effort entails providing the material; what then happens with this material, what sounds are produced using it, is not foreseeable, but each time the unique product of chance. Carioba developed a radical, minimalistic notation system for this work: a visual grammar in which language is presented as an arrangement of non linear spectrographies. The artist has conceived a conceptual counterpoint especially for FuturDome buildings: the main space will display audiovisual projects, orchestrated as a symphonic whole, testing the limits of perception by visualizing the invisible data streams which permeate our world.
For his first monographic solo show in Europe elaborately orchestrates sound, visuals, invisible matters, physical phenomena and mathematical notions into encircling installations and unedited photos. Alongside pure musical environments, Carioba has been working on long-term installation projects: Perspectiva Sobre Fundo Negro (2010) consisting of moving image, sculptural, sound and new media works that explore how abstracted views of reality are used to encode, understand and control the world. The series Nervo (2017) consists of large-scale installations employing intense white light as a sculptural material transforming public locations in Brazil.
Inside FuturDome spaces, the sound-light duality in Ricardo Carioba’s practice takes on an additional concreteness, especially in the corresponding light sculptures of Horizonte Negro (2013) which bring neo-platonic mathematical and geometrical speculations of the skyline in contact with a contemporary discussion of the acoustical dimensions of inner landscapes.
The polarity also applies to the over-all structure of the exhibition. There will be separate rooms with passages between them; there will be rooms extremely bright and others almost in the dark. The visitors connect them by moving through passages through their mirrored wall-patterning perceived by the eye as visual rhythms, pulsing fields, changing colours. Carioba’s experimental works reinvent, re-design and redream renaissance principles. His art is not about going back in time, trying to recreate a renaissance sense of order and meaning of the universe. For Ricardo Carioba picking upon renaissance principles is part of an open-minded quest for significant knowledge, an intuitive method in which mistakes and preconditioned set-ups collaborate. A way to go forward. The literal and the metaphorical, mind and world, science and art revive. Concentric, solid circles of waves roll, collide, and combine, producing nodal points and interference patterns.
At once scientific and aesthetic, Carioba’s projects cross the divide between sound and vision through epiphanies that are directly physical, publicly accessible, and manifestly sensual. Carioba’s Éter (2011), surely the crowning achievement of his synaesthetic, multiplies these insights to the nth power. It casts the net of matter beyond the earthy realm of fluids into the ethereal domain of electricity, and extends the experience of synaesthesia beyond the interior, organic space of the human brain onto the external, nonorganic life of machines. 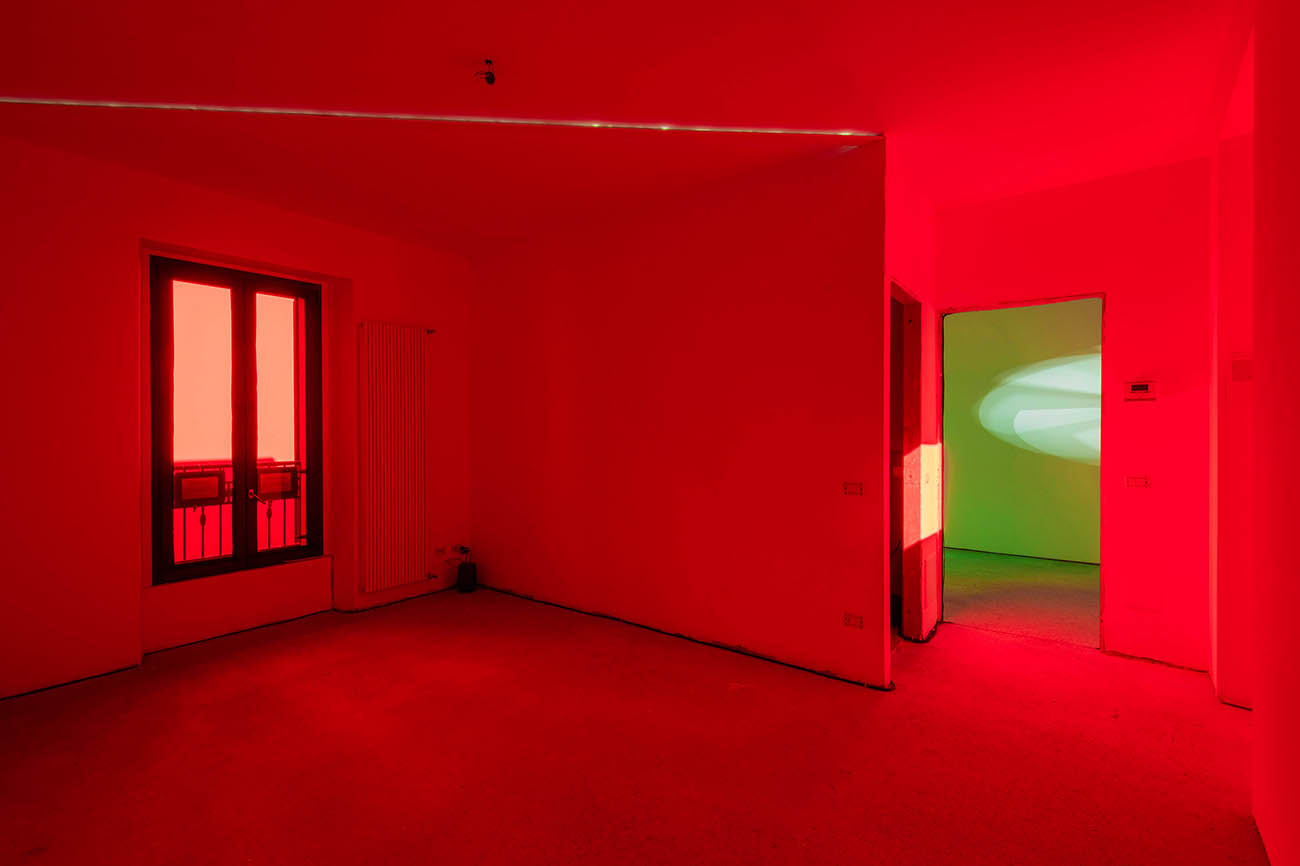 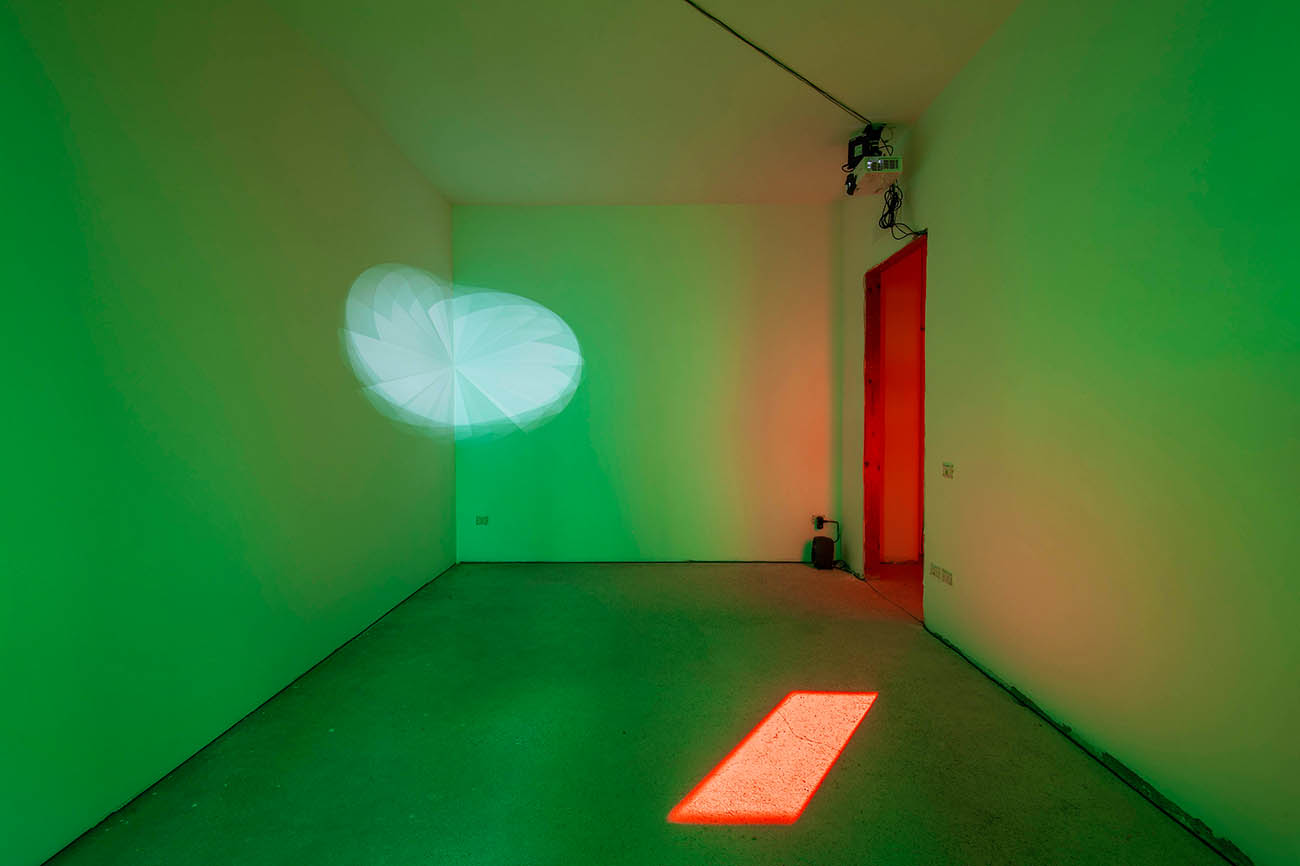 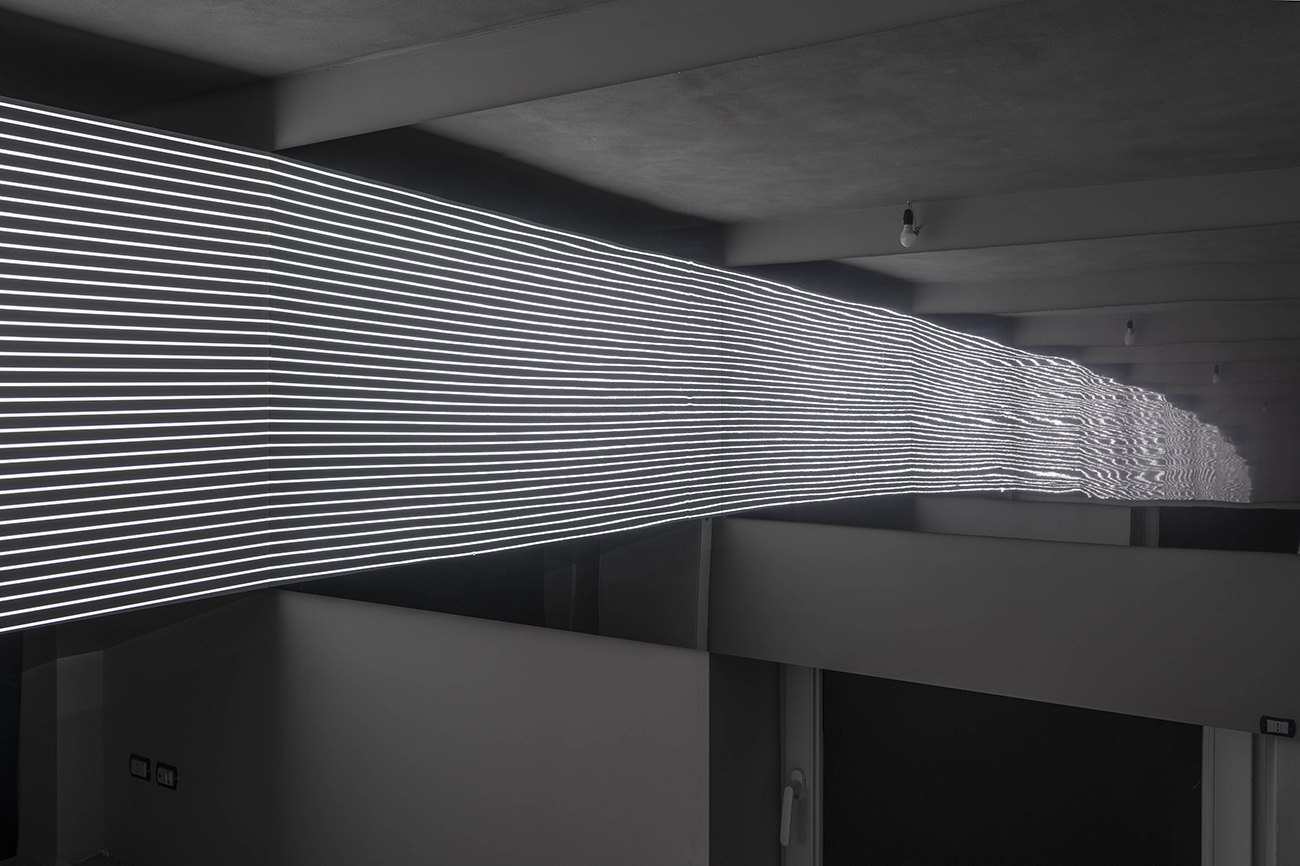 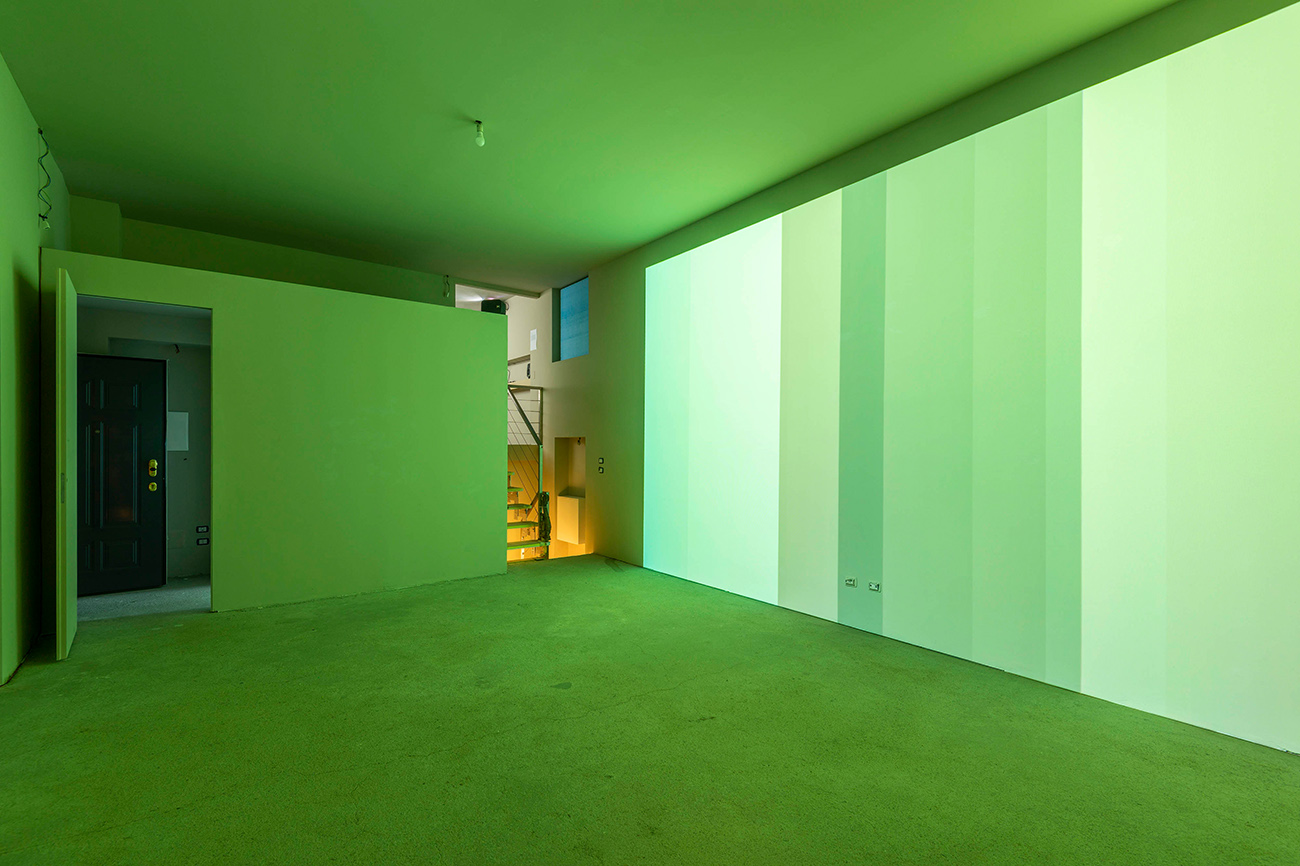 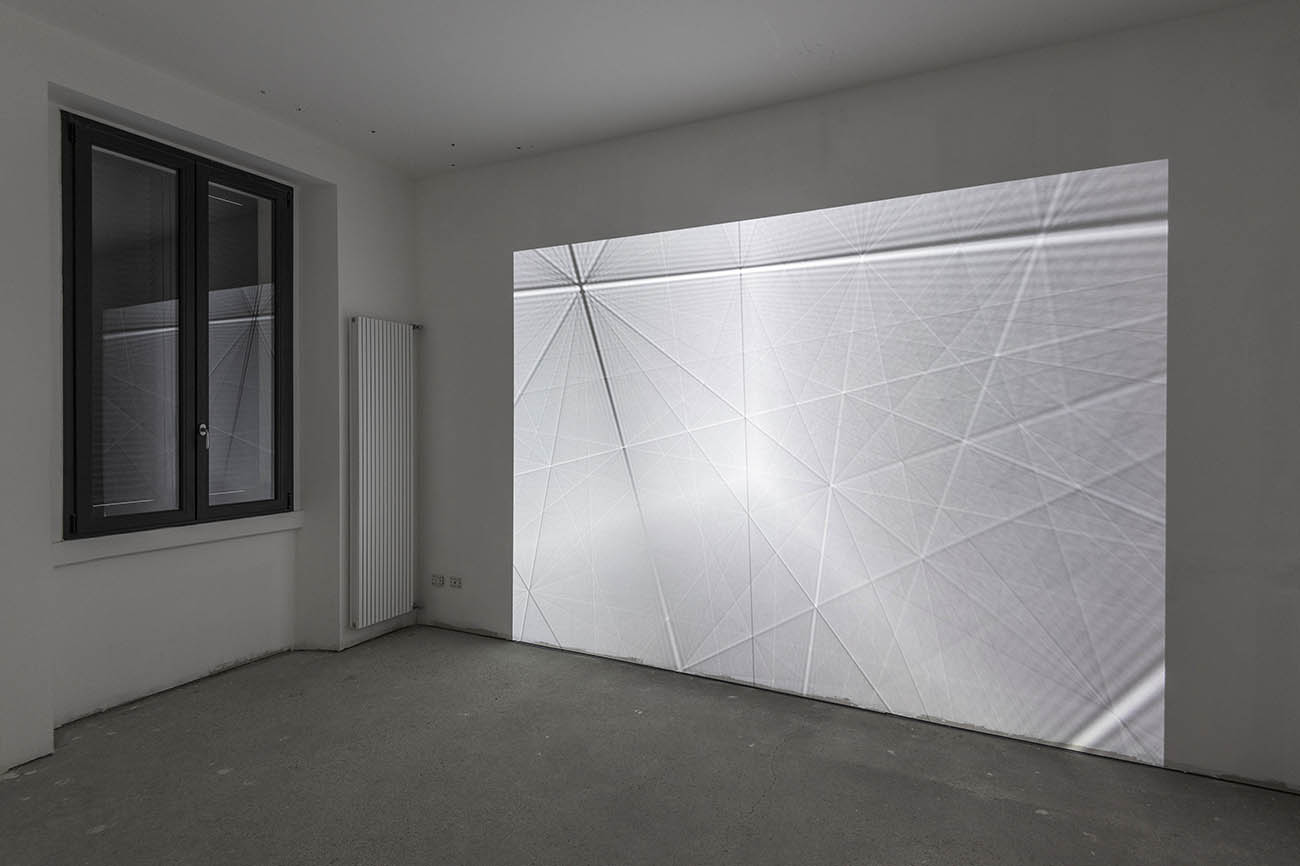 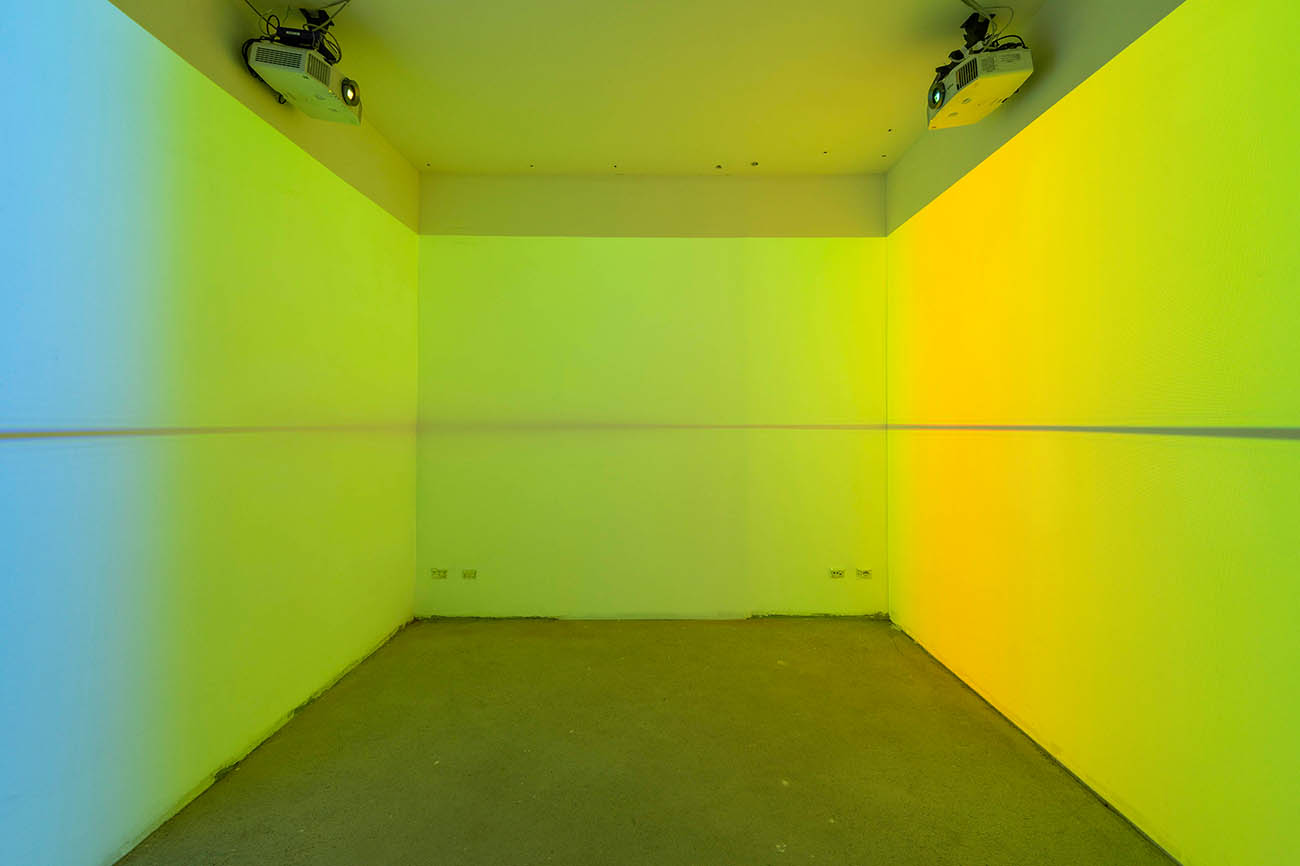 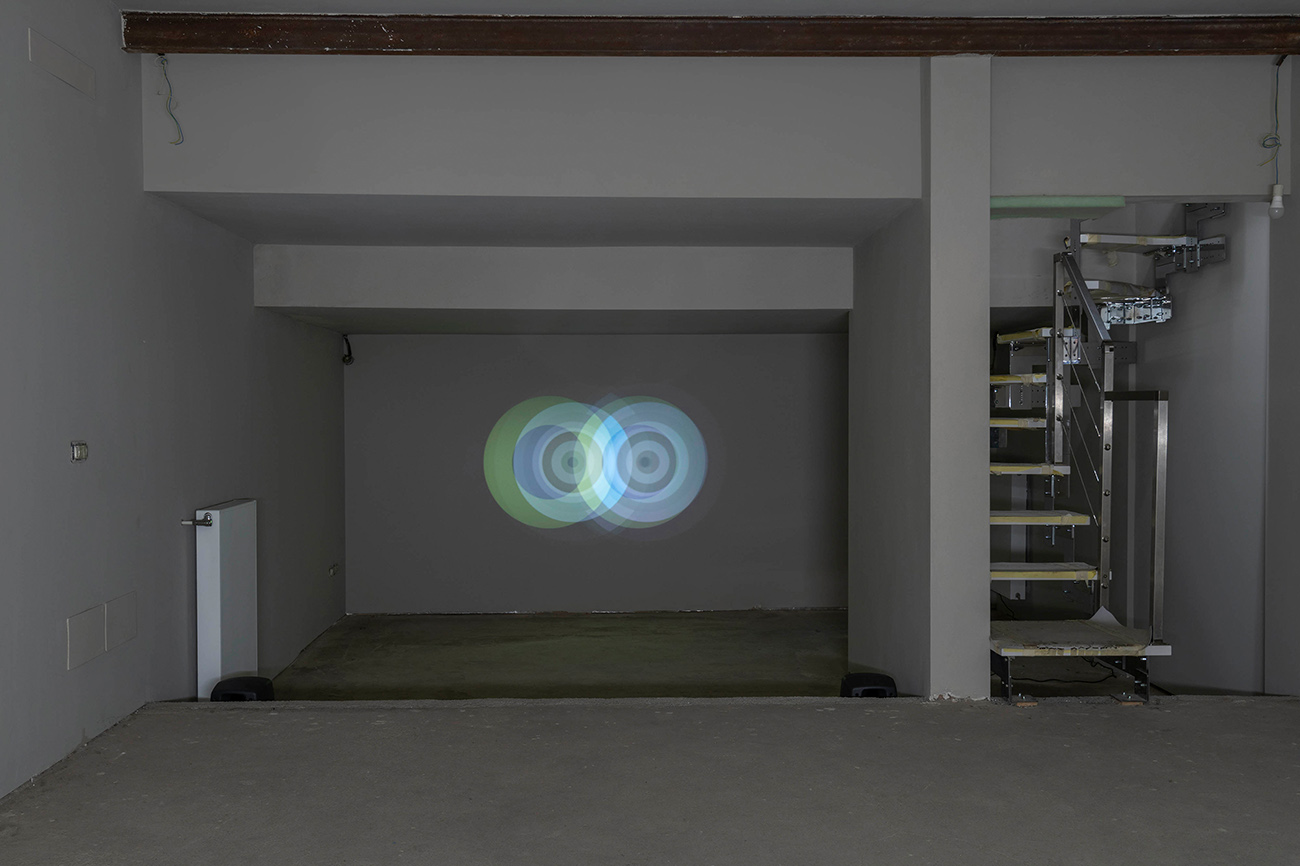 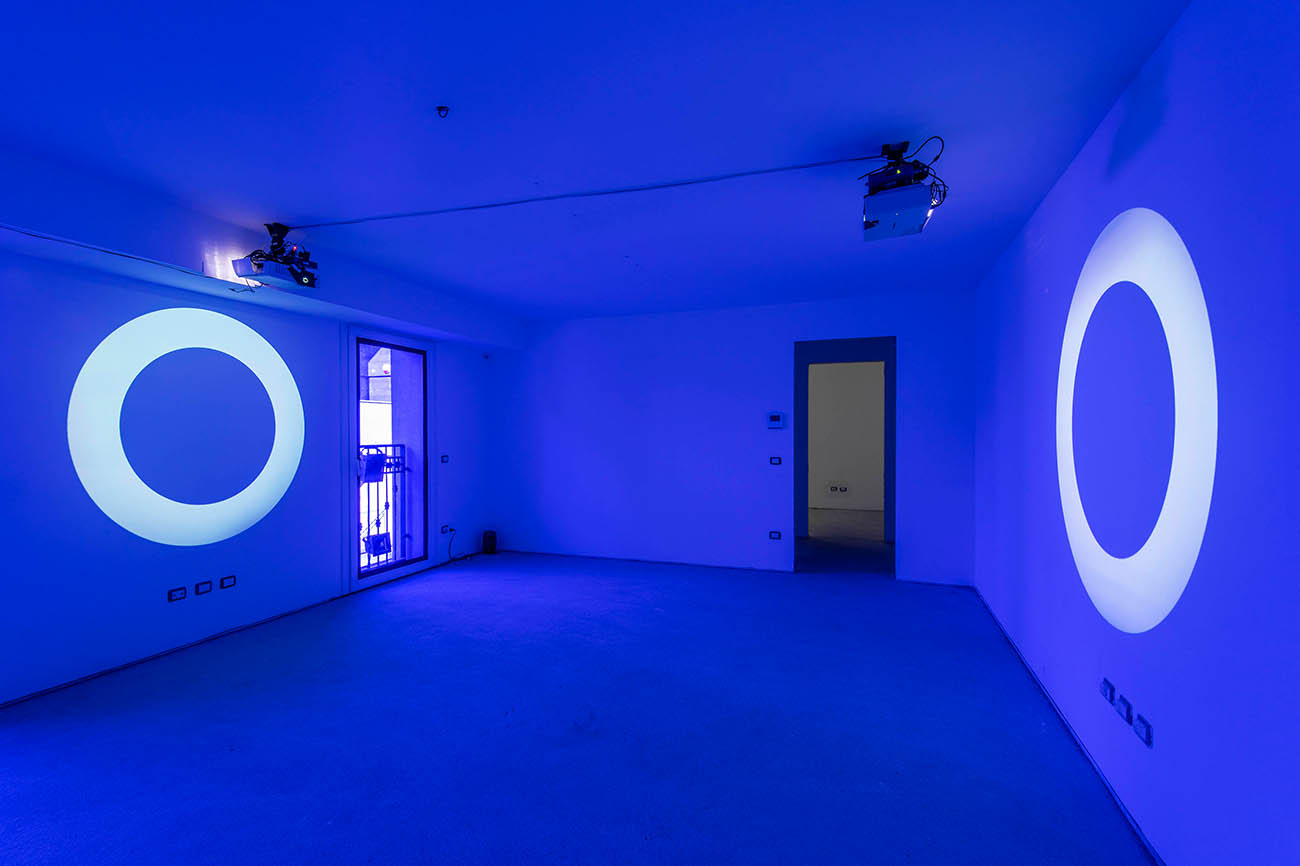 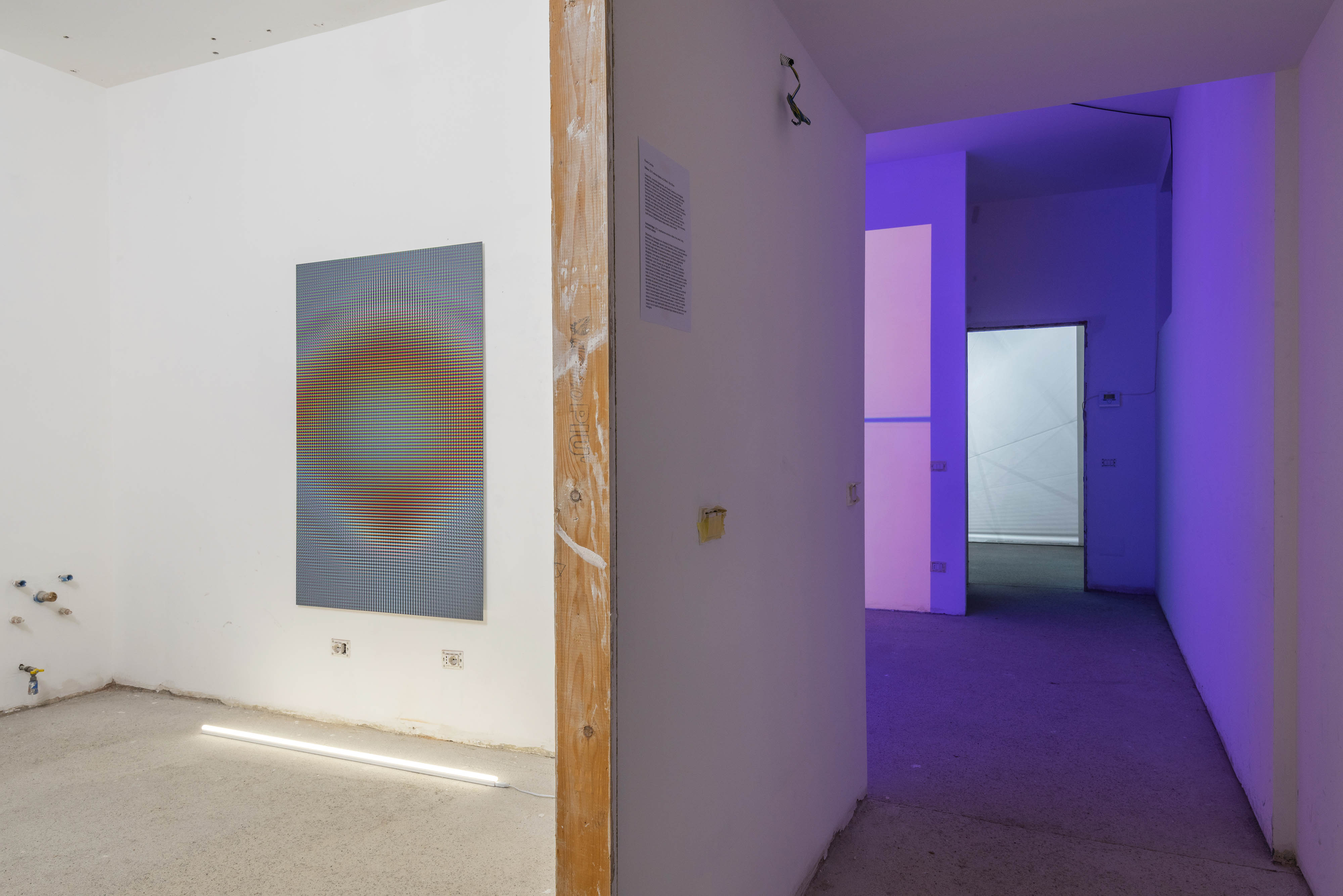 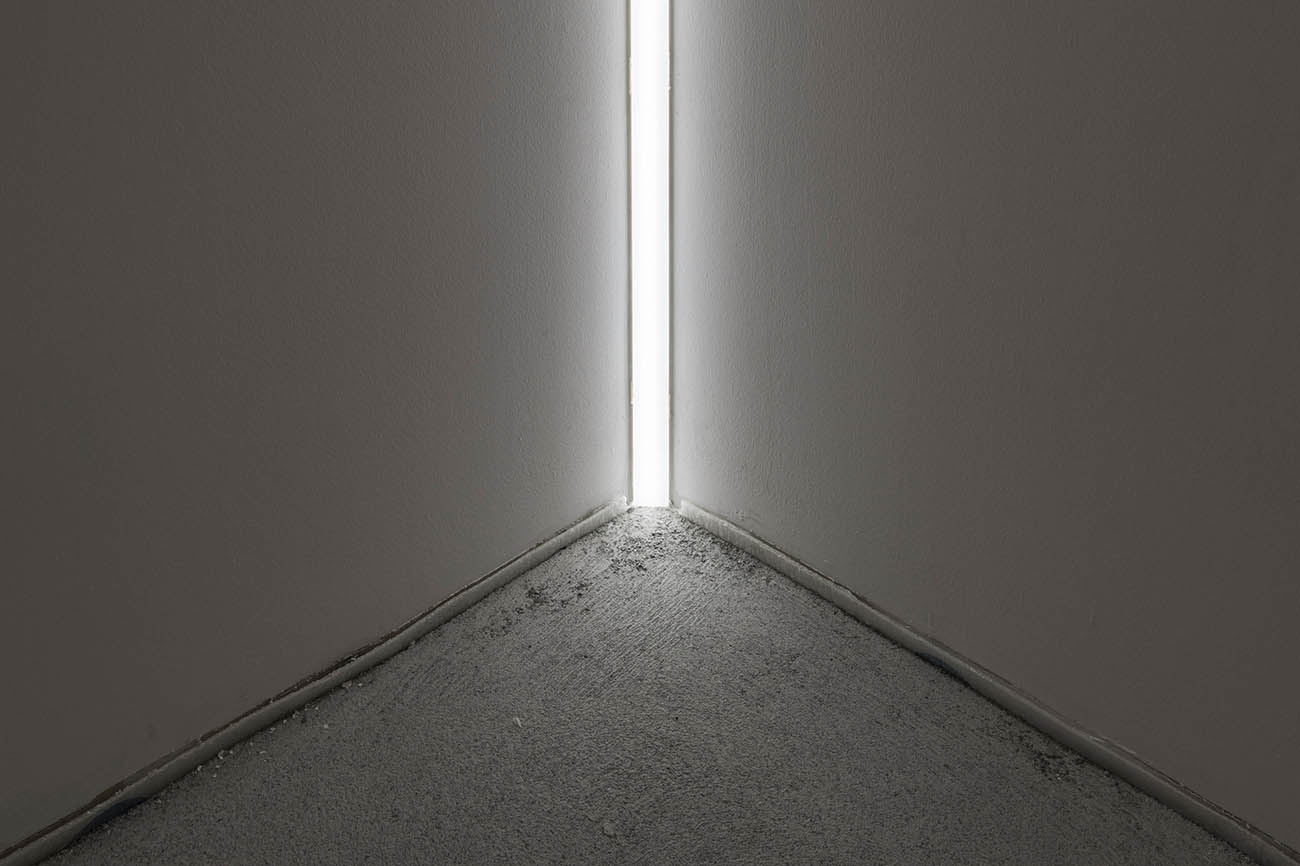