On February 9, 2017, Le Dictateur re-opens its doors and discovers its new exhibition venue: all inside the Liberty building of FuturDome, a reference and meeting place for Milanese artists who adhere to Futurism. On the awaited reopening, Le Dictateur and Belvedere Vodka, historical and consolidated partner of the Space, presented as an absolute preview COCO No. 5 “RISE OF THE VOID.” Shot in the Archaeological Park of Paestum, COCO is the project, connected to the fifth episode, of a disc that combines music and video art, with the overall creation of 8 videos and as many original soundtracks. The project was conceived by the artist and designer Federico Pepe – writer and director of all the videos – and by Jacopo Benassi – who is always the protagonist – photographer and co-author with the director Paolo Sorrentino of the book “Glithing irrelanti “, Just published by Mondadori in which Sorrentino creates 23 stories starting from 23 portraits of Benassi.

In the editing of each video, the sound is excluded and the work is equipped to welcome from time to time the original piece of a composer, created starting from the evocative power of the images. The process compared to the recording world is therefore reversed: first the video is created and the music is checked. The creator of the piece for the fifth video will be one of the greatest composers in the world: Theo Teardo.

TEHO TEARDO Teho Teardo is considered one of the greatest composers in the world: his works in the cinema are known to all, with the soundtracks of films like Il Divo and L’amico di famiglia by Paolo Sorrentino, Denti by Gabriele Salvatores and La Ragazza del Lago up to Il Gioiellino by Andrea Molaioli, including also the works of Vicari, Cupellini, Chiesa and Incerti. His music has a very strong cinematic component and his work is based on a very strong feeling with the visual arts. Among the important acknowledgments obtained, there is the victory, after four nominations, of the David di Donatello for the soundtrack of “Il Divo ”, And the Ennio Morricone Award for best composer, conferred by the Maestro himself.

JACOPO BENASSI Photographer. He collaborates with Rolling Stone, GQ, Wired italia, Wired U.S.A, Riders, 11 Freunde, and Crush Fanzine, Dapper Dan, Vice, Almaviva / Le Figaro, Gioia, Purple fr. In 2009 the agency 1861 United published a monumental monograph “The Ecology of Image” in 2011 opened Talkinass- Paper and Records and produced a magazine and live CDs of artists of the international underground scene. He collaborates with various directors such as Paolo Sorrentino, Daniele Ciprì, Asia Argento. He collaborates with the artist Federico Pepe for “Coco”, a music and video art project. In 2016, he released, as co-author with Paolo Sorrentino, “Gli aspetti irrilevanti” published by Mondadori. The Oscar-winning director creates 23 stories starting from 23 portraits of Jacopo Benassi.

FEDERICO PEPE is a versatile artist, aware that communicating is increasingly intertwining disciplines. He is an artist, publisher, cultural operator, designer, and executive creative director of the multinational group DLVBBDO, educated to move between different practices he has worked over the years to break down the separations between art, design and advertising. With the photographer Jacopo Benassi he created an innovative fanzine “The eyes can see what the mouth cannot say”. With Patricia Urquiola he signs the collaboration for the CREDENZA series of furnishing elements. Always with Jacopo Benassi he founded the COCO music and videoart project. In 2006 he founded Le Dictateur.

LE DICTATEUR Le Dictateur is among the most dynamic protagonists of the new independent scene of Italian art. It was founded in 2006 as a publishing project in which the greatest artists of the national and international scene took part, with unpublished works. In 2009 it also became an independent exhibition space based in Via Nino Bixio. Starting from 2012, was inaugurated Le Dictateur Press, an independent publishing house. Le Dictateur was selected by the MoMa of New York in the exhibition Millennium Magazine and was among the spaces invited by Cattelan / Gioni / Alemani to “No Soul for Sale”, the exhibition that took place in the Turbine Hall of the Tate Modern to celebrate the most important independent spaces on the international scene. His artistic programming was hosted at “Family Business” by Cattelan / Gioni in Chelsea New York and at the Palais de Tokyo in Paris. 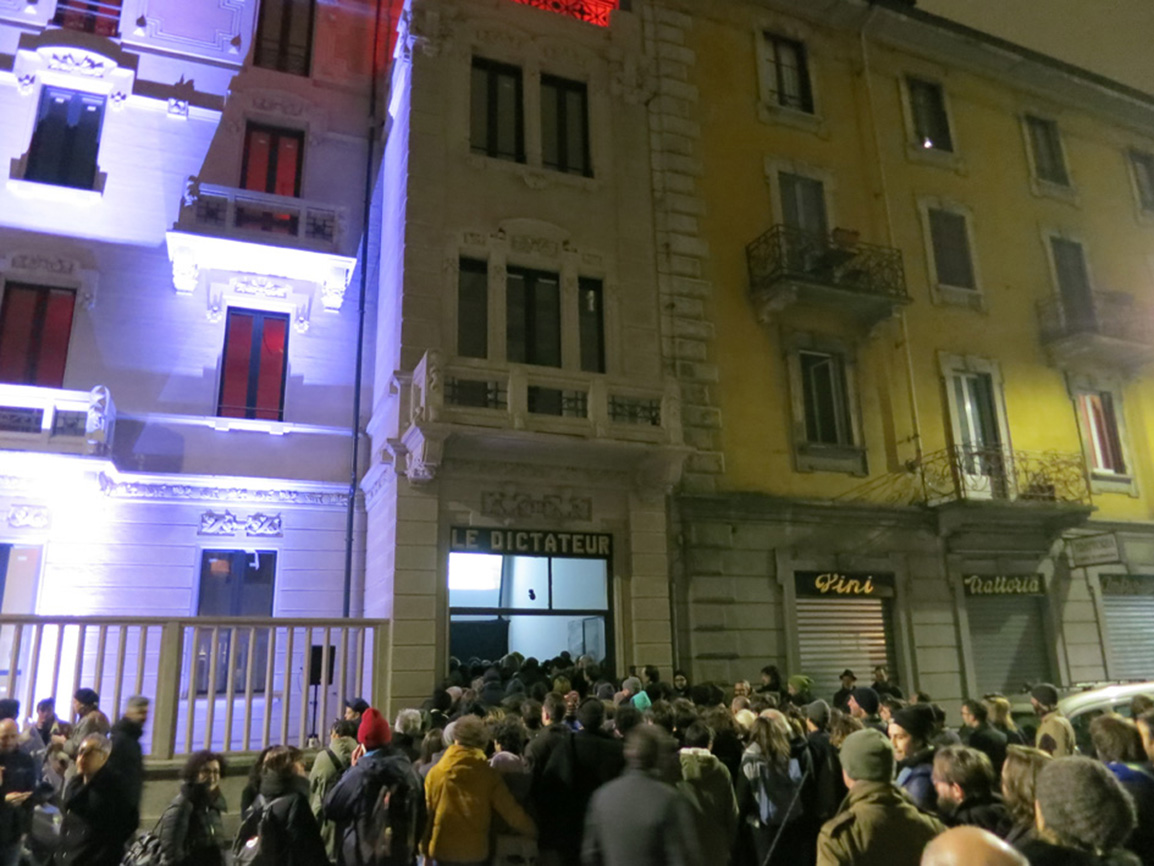 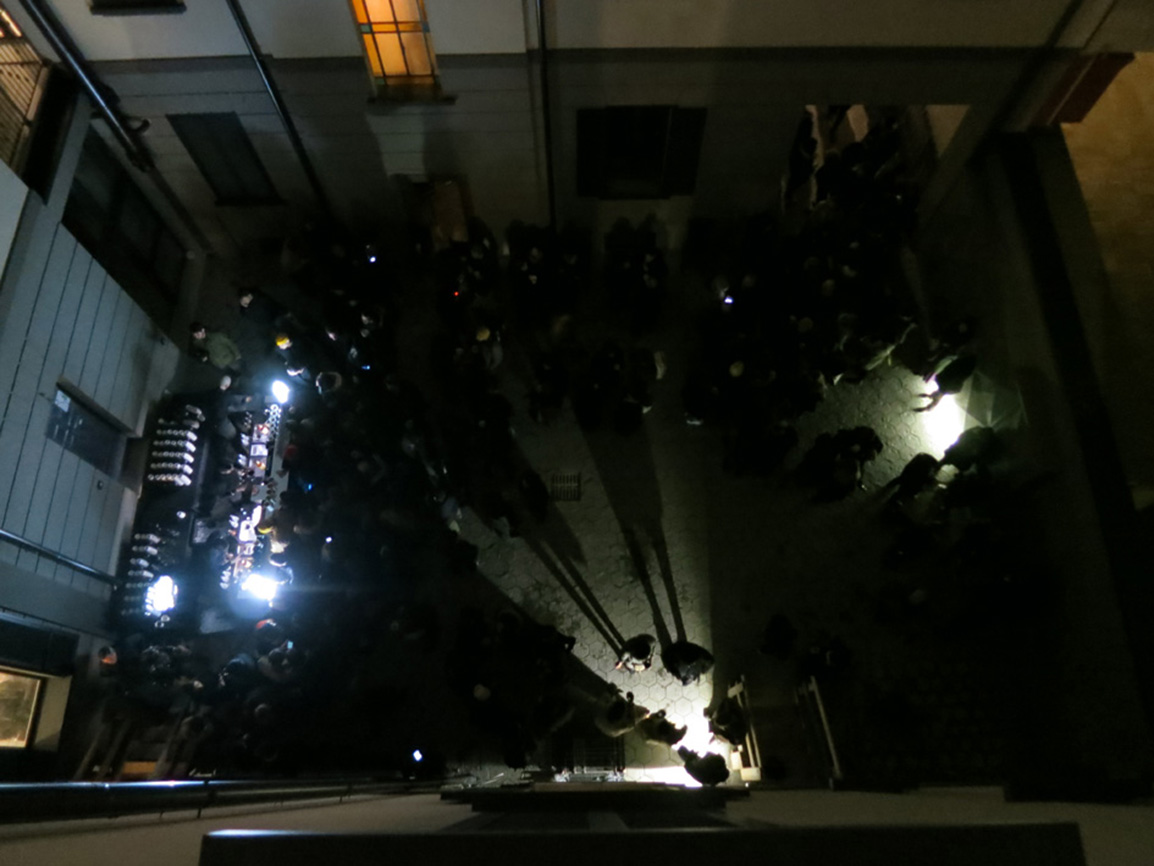 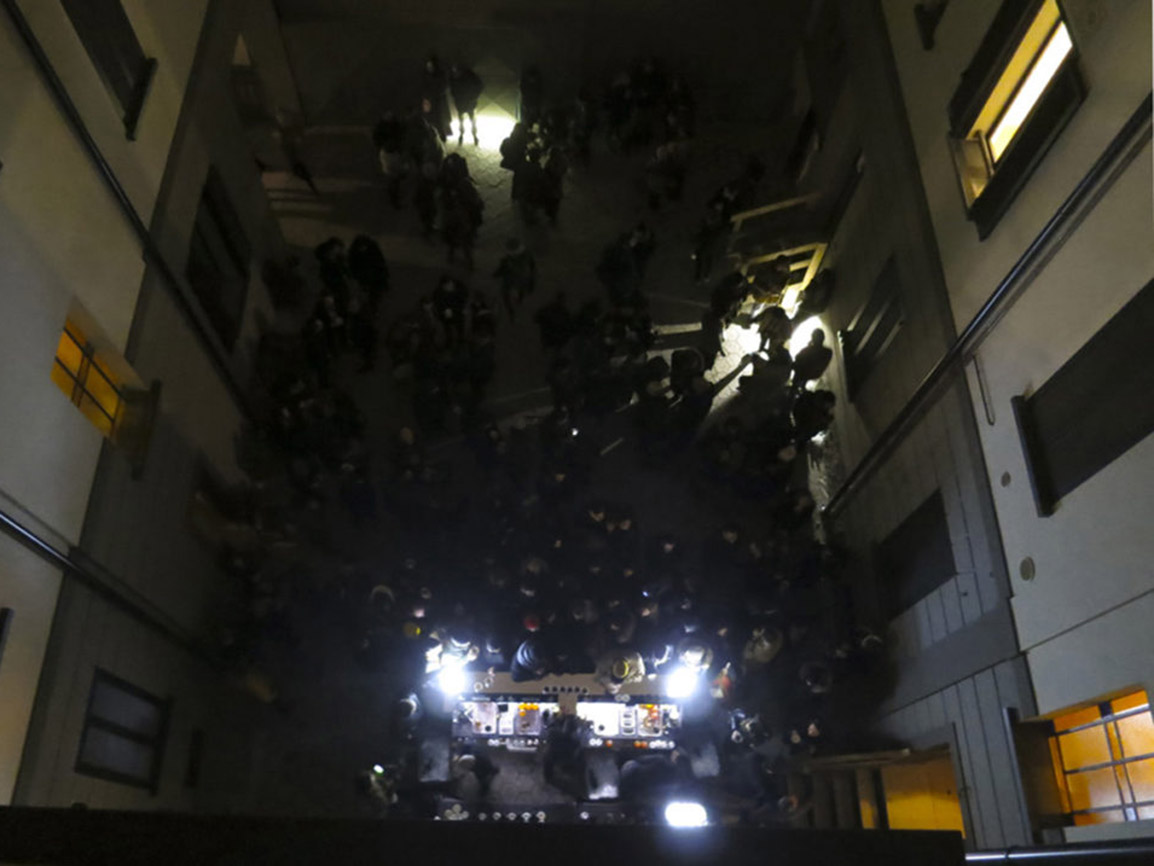